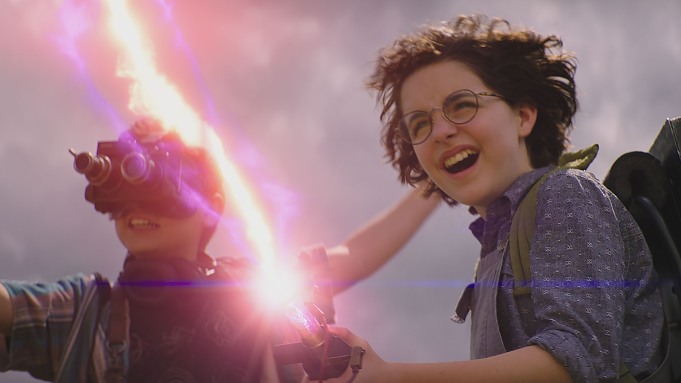 Photo Credit: SONY PICTURES ENTERTAINMENT
The holiday tentpole easily topped the weekend chart with a better-than-expected $44 million from 4,315 theaters. At the North American box office after succeeding in luring both families and males. The most avid moviegoers in the pandemic era.

Ghostbusters: Afterlife‘s performance is a big win for Sony, which is haunting by its failure to revive the franchise with the 2016 female-skewing Ghostbusters. The studio is counting on big business throughout Thanksgiving week and next weekend.

Overseas, Afterlife started off with $16 million from 31 markets for a worldwide launch of $60 million.

The new film is directes by Jason Reitman and is a sequel to the iconic 1984 movie. Ghostbusters, which directes by his dad, Ivan Reitman.

On Saturday, over 33 percent of the audience saw the movie before 4 p.m. Indicating a strong turnout among and parents and their kids (children over 5-years-old can now be vaccinated).

The weekend’s other new offerings included the acclaimed biopic, King Richard. Starring Will Smith as Richard Williams, the father of tennis icons Serena and Venus Williams.

King Richard opened in fourth place with a decidedly disappointing $5.7 million from 3,302 theaters, underscoring the ongoing difficulty adult dramas face when opening nationwide in the pandemic era, and particularly those dramas opening day-and-date in the home (King Richard is available on HBO Max). Heading into the weekend, Warner Bros. was hoping for $7 million to $10 million.

King Richard played to an ethnically diverse audience, with Black viewers making up 28 percent of ticket buyers and Caucasians, 51 percent. More than 40 percent of the audience was over the age of 45. Overseas, it opened in the U.K., Russia, and 28 smaller markets, grossing $2.5 million for $8.2 million globally.