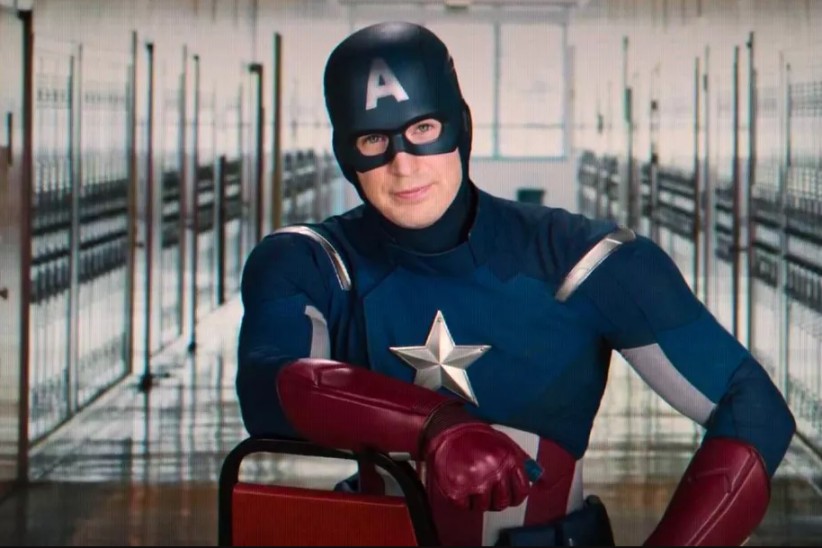 Reportedly Chris Evan in talks to return as Captain America to the Marvel cinematic universe. However, Chris Evan has denied the rumors in his tweet. Chris Evan loved by millions of fans, he crushed too many hearts after denied returning to Marvel for another Captain America film.

Chris clears it on Twitter and ends the rumors. He wrote in a tweet “News to me” with ‘shrug’ emoji in another tweet, he was amused with all the reactions by fans . “some of the gif responses are priceless. good work everyone, He wrote.

Other celebrities reacted to his tweet. Jamie Lee, who plays his mother role in knives out, said “can I play your mother ? in every film you do?”

Billy Eichner wrote to his tweet that “I’ll do it”. He is ready to do the caption America role in the absence of Chris Evan.

He replied,” yes, I think it is. It was a great journey we went out on such a high note . It was such a good experience and I think it’s better left that way”.

He said “ it’s not a hard no, but it’s not an eager yes either. There are other things I am working on right now. If you are going to revisit it, What are we revealing? What are we added to the story?

It can’t be just the audience wants to excite. A lot of things would have to come together. It doesn’t feel, at this time, that would be a thing.”