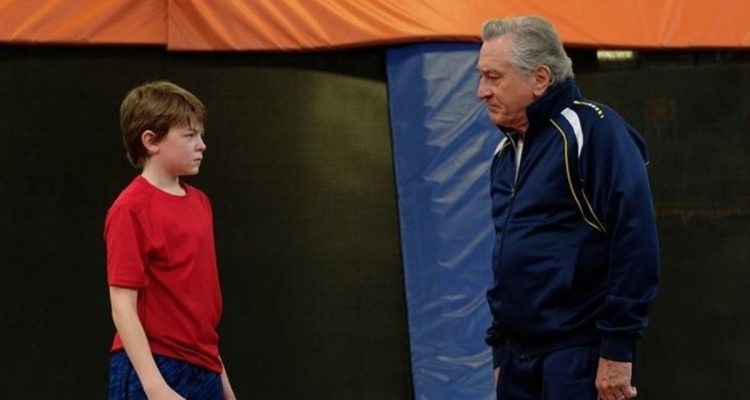 101 Studios will release the family comedy “The War With Grandpa” on Sept. 18 wide in conjunction with financier Brookdale Studios, starring Robert De Niro and “Pete’s Dragon” breakout Oakes Fegley. The movie was scheduled to be released on February 23, 2018, by The Weinstein Company’s Dimension Films. However, just a month before its release, it was pulled from the schedule and was later pushed back to October 20, due to principal photography location changes.

For the obvious Weinstein-related news, the film was pulled back from them and sold to the producers. Now the film is finally expected to hit theatres in September. Tim Hill-directed family comedy follows a young boy who devises a series of outrageous pranks in an attempt to make his grandfather move out after he was forced to give up his room for him. The movie co-stars Cheech Marin, Uma Thurman, Eugene Levy, and most notably, Christopher Walken.

If Walken and De Niro share a scene, this will be the first time they do since “The Deer Hunter” (1978). De Niro is fresh from two Best Picture Oscar-nominated films with “Joker” and “The Irishman” and is now expected to work with Scorsese and David O. Russell again, also collaborating for the first time with James Gray for a new project. With his career back on acclaimed films on track, hopefully, “War with Grandpa” won’t earn him any mixed reviews considering his recent “Grandpa” role in “Dirty Grandpa” wasn’t so beloved.