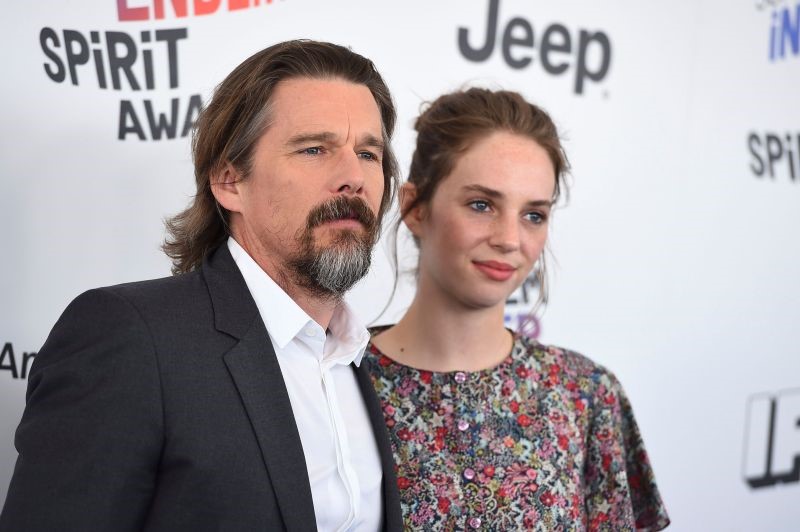 Maya Hawke had been making a name for herself after starring in a series of successful indie films but most importantly made a huge breakthrough with the third season of “Stranger Things”.

Filmiere.com informs you that, in a case you don’t know, she’s the daughter of Oscar-nominated ex-couple Uma Thurman and Ethan Hawke.

Now the time has come for them to unite on the movie screen; this time as co-stars because recently in quarantine, Ethan filmed a music video of hers and Maya had a surprise appearance as his daughter in his TV series.

Anyways, the movie is about a young girl in a small town who has a plan to lose her virginity to Beatles member George Harrison. Sounds like a film that’ll cover the Beatlemania of the era and might be a potentially strong coming-of-age dramedy.

Directed by “John Carter” director Andrew Stanton, the film will be titled “Revolver”. Ethan Hawke, who recently starred in the “Good Lord Bird” series and the film “Tesla” (as Nikola Tesla) had been gaining strong reviews again.

His role is unknown yet but we’ll share it with you when more information will surface on the project. Stanton––whose latest film was a return to Pixar with Finding Dory, a sequel to his own Finding Nemo––will direct a script from Stranger Things’ Kate Trefry