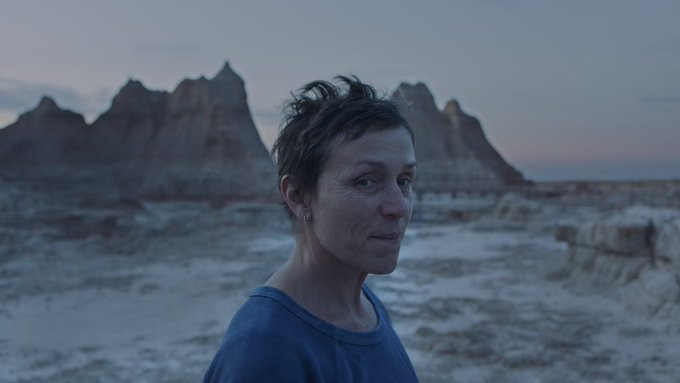 Filmiere.com is excited to let you know that, Chloe Zhao’s new film “Nomadland” is expected to appear in the New York Film Festival, Toronto Film Festival, and Venice Film Festival. It’s exciting news for so many reasons because once again it shows that the festivals are kept rolling, of course with restrictions and on a smaller scale but they’re going to happen.

We love cinema season – and Chloe Zhao is an exciting voice in cinema and her film sounds like a powerful tale once again. It’s the first role for McDormand since her Oscar win for “Three Billboards Outside Ebbing, Missouri”. The film will have its world premiere at the Venice Film Festival and Toronto International Film Festival on September 11, 2020.

The official synopsis says the film is about “A woman in her sixties who, after losing everything in the Great Recession, embarks on a journey through the American West, living as a van-dwelling modern-day nomad.” McDormand will also appear in Joel Coen-directed new adaptation of “Macbeth”, which is titled “Tragedy of Macbeth” opposite Denzel Washington.