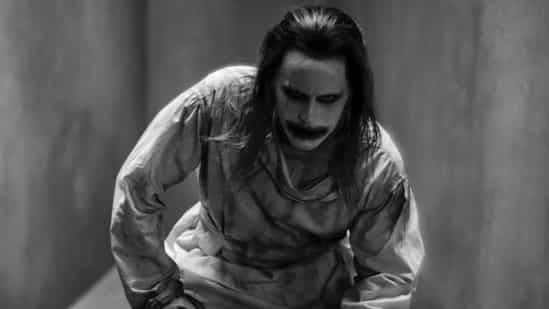 Director Zack Snyder has shared the first-look images of actor Jared Leto’s Joker, who has been restyling for the upcoming director’s cut of Justice League. The Academy Award winner previously played the iconic Batman villain in Suicide Squad, with much of his performance being left on the cutting room floor.

Snyder told Vanity Fair, “The cool thing is that it’s Joker talking directly to Batman about Batman, “It’s Joker analyzing Batman about who he is and what he is. That’s the thing I also felt like fans deserved from the DC Universe.

That is to say, the Jared Leto Joker and the Ben Affleck Batman, they never really got together. It seemed uncool to me that we would make it all the way through this type of Batman and Joker without seeing them come together.”

The filmmaker, however, had no explanation for why the Joker looks drastically different in the new picture. He said, “I would say that there’s been some water under the bridge. Who knows what’s happened?  It’s hard to say exactly.”