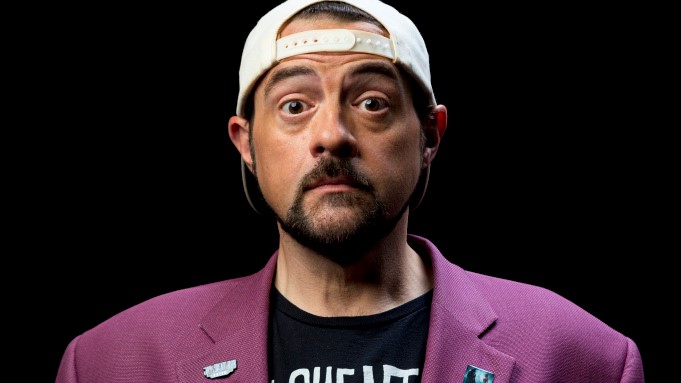 Kevin Smith was one of the most original comedy writers of the 90s with the cult film “Clerks” and how he followed it with bigger films like “Mallrats”, “Chasing Amy” and “Dogma”. Smith’s career had been on the decline in the last decade, as his films don’t get the reception they used to get but he’s still a beloved man in the film community, not only for his past works but for his passion for cinema and his general geek/nerd attitude.

He’s still working and his fan base will glad to hear that. Kevin Smith has debuted the first trailer for his new upcoming horror film anthology, “Killroy was Here”. Smith is primarily known for comedy, but the last several years have seen Smith begin to experiment with low-budget horror filmmaking.

Some have criticized the look of the film but Kevin is a fan of the genre, has made a decent horror before and people are certainly interested to see what he has to offer as a slasher film director. He’s also trying to bring “Green Hornet” back, in animated series form.

The new series will be targeted at a family audience, while retaining many elements from the comics, including the titular character’s high-tech car, the “Black Beauty.” So there’s definitely going to be a lot of exciting projects to wait for Kevin Smith fans.