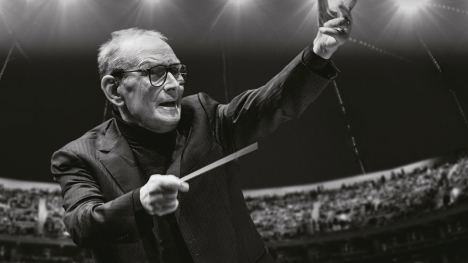 Filmiere sadly reports that the legendary Italian composer of movies Ennio Morricone has died age 91. His works had a wide range from spaghetti westerns to horror and romance films and many of his scores have defined the era, especially his 1960s scores for Sergio Leone’s “Dollars” trilogy.

Those western movies were a huge influence on Quentin Tarantino who hired him for his western film “The Hateful Eight”. It earned Morricone his first Oscar outside of his lifetime achievement award. Some of his other credits include the scores for “Cinema Paradiso”, “The Mission”, “The Thing”, “The Professional” and “The Untouchables”.

So many iconic scores, so many memorable scenes, and films. Sometimes his music is said to be the first thing coming to mind whenever a film title gets mentioned. Thanks to his range of composing, he has worked with countless directors including John Carpenter, William Friedkin, Pier Paolo Pasolini, Guiseppe Tornatore, Brian De Palma, and many more. He’ll be forever mourned by movie lovers. Rest in peace, maestro.