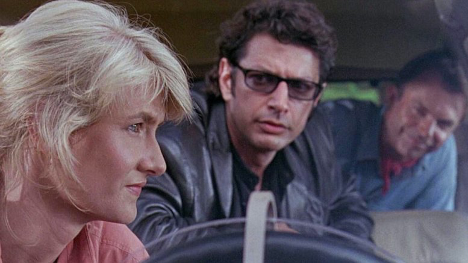 All three are accomplished actors with a wide range of great roles but then again, all three are also often associated with their roles in “Jurassic Park”. Filmiere.com reports that Sam Neill, Laura Dern, and Jeff Goldblum are going to be a large part of the upcoming film “Jurassic World: Dominion”. Yes, not just cameos At least that’s what Sam Neill claims so. In “Yahoo Movies! UK” interview, Neill has mentioned that he’s set to reprise his role Alan Grant in the new film.

Neill revealed that his character plays a sizeable part in the next installment, the same as Dern and Goldblum. “We’re through the film, Jeff [Goldblum], and me, and Laura [Dern],” he stated, though he also admitted that he “probably won’t be running quite as fast” as he did 27 years ago, referring back to the first film. Even though the last “Jurassic” film was not very warmly received, three being back are sure going to elevate the material.