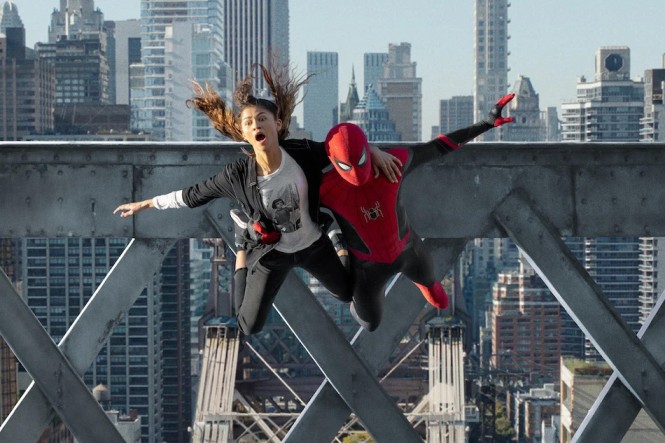 Marvel Studios dropped the highly anticipated trailer Wednesday morning, which offered an action-packed glimpse into the superhero film. While the first trailer saw Peter Parker, with Benedict Cumberbatch’s Doctor Strange. Accidentally open up the multiverse while trying to make the world forget Spider-Man. The new clip sees the return of villains of the past return.

“When you botched that spell where you wanted people to forget that Peter Parker is Spider-Man, we started getting visitors… from every universe,” Strange says in the clip.

Although the trailer did not feature Tobey Maguire and Andrew Garfield, it was impossible to miss the recreation of a cinematic parallel between Zendaya’s MJ falling off a scaffolding and Emma Stone’s Gwen Stacy falling to her death.

Also starring Jacob Batalon as Ned Leeds and Marisa Tomei as Aunt May, Jon Favreau as Happy Hogan and J K Simmons, the film will have a wide release in India on December 17.

‘Spider-Man: No Way Home’ will be dubbed in Hindi, Tamil and Telugu.