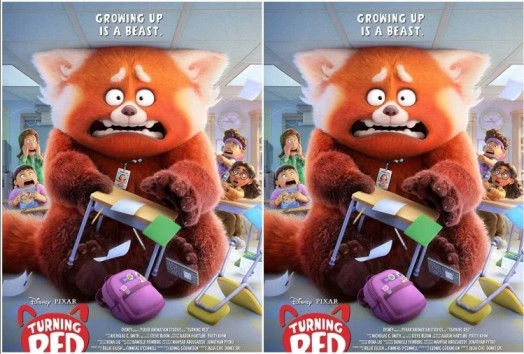 Pixar is back with yet another reminder to keep your feelings in check with their new animated film ‘Turning Red’
The film introduces Mei Lee, a confident, dorky 13-year-old torn between staying her mother’s dutiful daughter. And the chaos of adolescence.

Her protective, if not slightly overbearing mother, Ming, is never far from her daughter—an unfortunate reality for the teenager. And, as if changes to her interests, relationships, and body weren’t enough. Whenever she gets too excited, she “poofs” into a giant red panda.

Featuring an ensemble voice cast of Rosalie Chiang as Mei and Sandra Oh as her mother Ming. Orion Lee as Mei’s dad, Jin, and Wai Ching Ho as the voice of Grandma. The film promises to be a fun family entertainer with plenty of humor, teen drama, action, adventure, and plenty of emotional scenes.