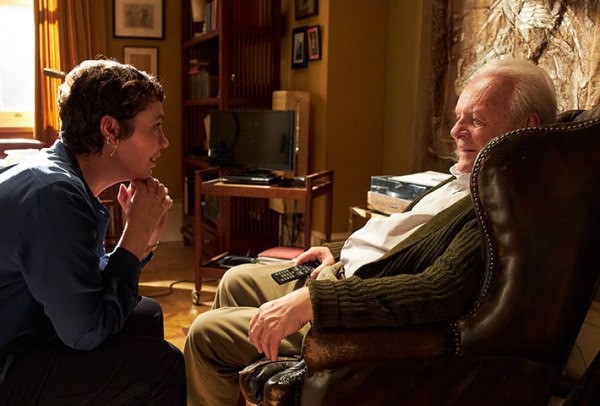 British actress Olivia Colman doesn’t stop gaining new fans, with her recent Oscar win for “The Favourite” and Emmy nomination for “The Crown”, she keeps going strong and this year she has one of the most acclaimed films of the year titled “The Father”, co-starring Anthony Hopkins and Imogen Poots.

While she couldn’t travel to Switzerland to receive her Golden Eye Award at the Zurich Film Festival for COVID-19 restrictions, she instead accepted her award online. Have to note that the festival is held physically, Filmiere.com reports.

While accepting, she talked about her new film as well: “It is very moving, very beautiful and Florian Zeller is a very, very clever man. For me, it’s always the script – everything is in there. It arrived at my home and I couldn’t put it down.

I didn’t want anyone else to play that part!” and didn’t forget Hopkins also: “Anthony Hopkins is playing my dad – it doesn’t get any better than this. Tony and I, we are not a method. We were just playing off each other and it’s easy to just react to what he is doing.

He is exactly what you would hope he will be, he has endless brilliant stories. We were sitting offset once, and he just leaned in and said: ‘Aren’t we lucky? Isn’t life beautiful?’ His kindness to everyone on set is beautiful to behold and something to aspire to.” We will look forward to seeing “The Father”.