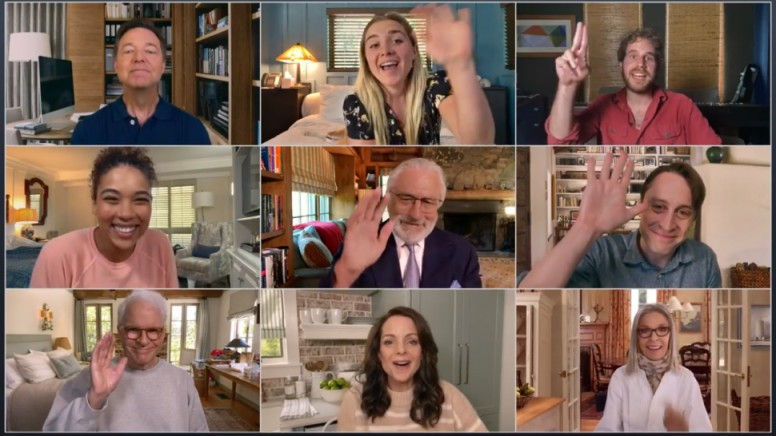 The bank’s family is back! “Father of the Bride” was a very successful and now almost a classic film of the 90s, starring Steve Martin, Diane Keaton, Martin Short among others. Now nearly all of the major cast members are back for a third part on zoom.

This time George Banks’ son, played by Kieran Culkin is getting married. The zoom conversation kind of sequel received a warm reception, as many people had nostalgic feelings, and fans of the original films are delighted to see the Banks family back.

This “sequel” is directed by Nancy Meyers, who co-wrote the 1990 version. Its first sequel was not that successful, yet managed to earn Steve Martin another Golden Globe nomination. This one however got around 200.000 views in its first hour.

Filmiere.com just recently reported about the table-read of “Fast Times at Ridgemont High” but such “sequels” are also another good part of what Zoom technology brings to us. Not to mention, it had some surprises like Robert De Niro and Florence Pugh in supporting roles (both pictured).

If you’re a fan of the original film, don’t forget to check this out. The reunion, introduced by Reese Witherspoon, was to benefit the World Central Kitchen, a nonprofit organization dedicated to providing meals to communities affected by disasters, such as the coronavirus pandemic. It’s free to watch on Youtube.