#camera #equipments
Home » Chris Pratt confirms he will reprise his role Guardians Of The Galaxy in Thor: Love and Thunder are flying to Australia for the next installment of the Thor series. 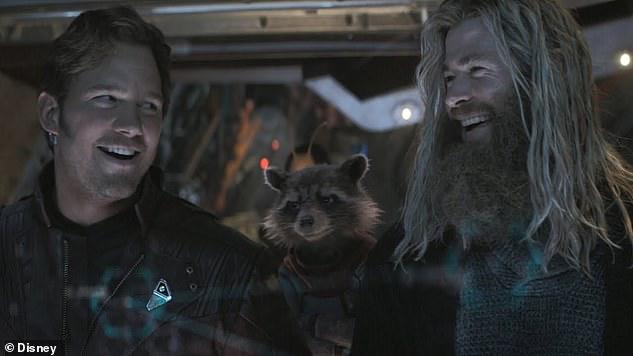 ‘I’ve got guardians coming. and I’ve got the Thor. Chris Pratt said I’ll be thor in Australia so he will be traveling to Australia about a week,’ he said.

Guardians of Galaxy star also said that; I’m excited to go to a country that took lockdown very seriously and exterminated the disease.  now they are fully back to normal; He said of his upcoming trip.

‘wait a minute, did you just say you are going to be in Thor? That’s so crazy

Since the last time fans saw Chris pratt’s bumbling hero was at the end of 2019’s Avengers: Endgame on the board the same starship as Hemsworth’s Thor.

Love and Thunder are the follow up to 2017’s massively successful third installment in the series, titled Thor: Ragnarok.

The next part of Thor’s movie will be directed by Taika Waitti.

Impressively, Love and Thunder will welcome back Natalie Portman “Oscar winner” to the franchise, who last played her role of Jane Foster in Thor 2013, The Dark World.

In the new film, she said to be taking on the mantle of Thor, thereby becoming the first female actor to do so.

Another Academy Award winner Christian Bale appears in Love and Thunder. the villainous role is yet undisclosed.

Thor: Love and Thunder are currently estimated for release in February of 2022.