#camera #equipments
Home » Disney and 20th made a lot of schedule changes. 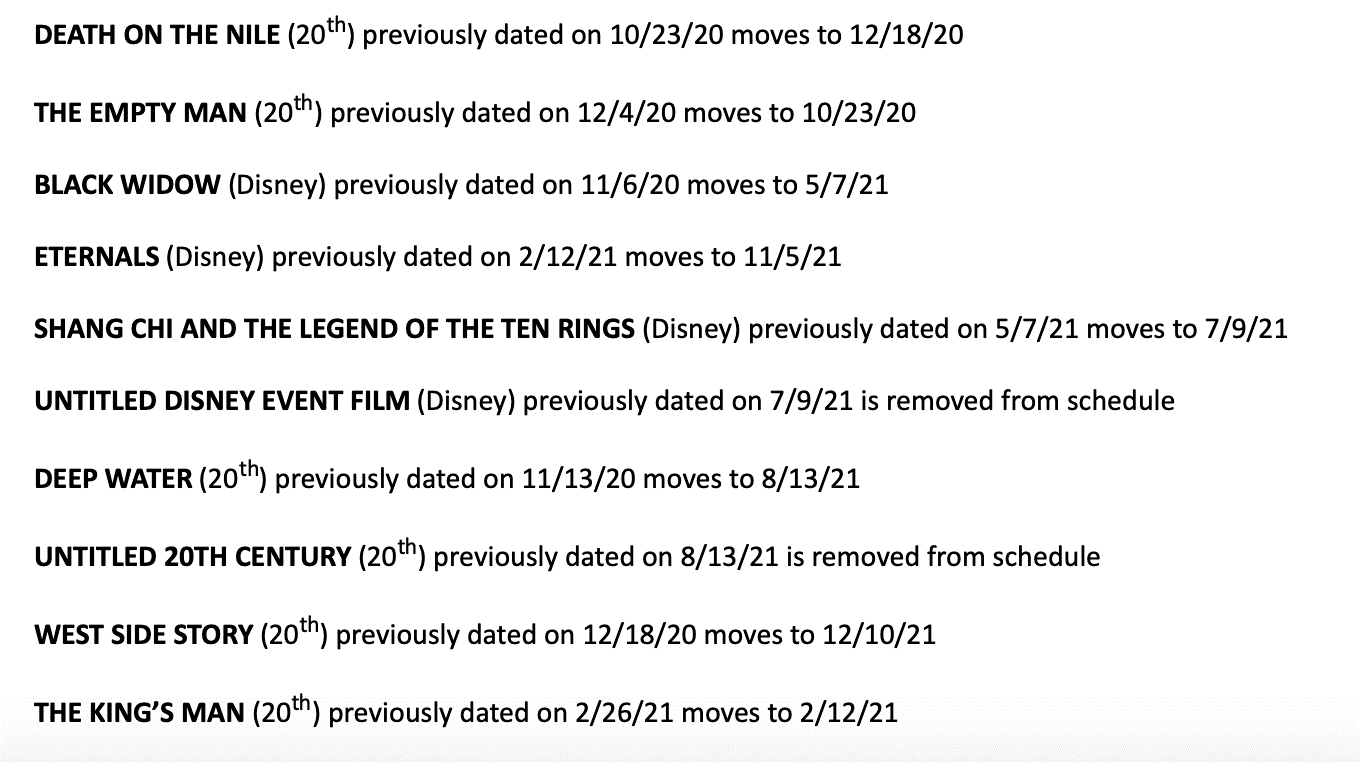 Seems almost impossible to think of a year without a Marvel release but for obvious reasons, there’s none this year. As “The Eternals” moved to late next year, and “Black Widow” will also get a summer release. “The King’s Man” delayed way more.

But it’s not just Marvel or comics-related movies. Kenneth Branagh’s sequel to “Murder on the Orient Express” called “Death on the Nile” will be released next December.

Steven Spielberg will also not be in conversation this year for any awards since “West Side Story” will be kept for next year’s fall release.