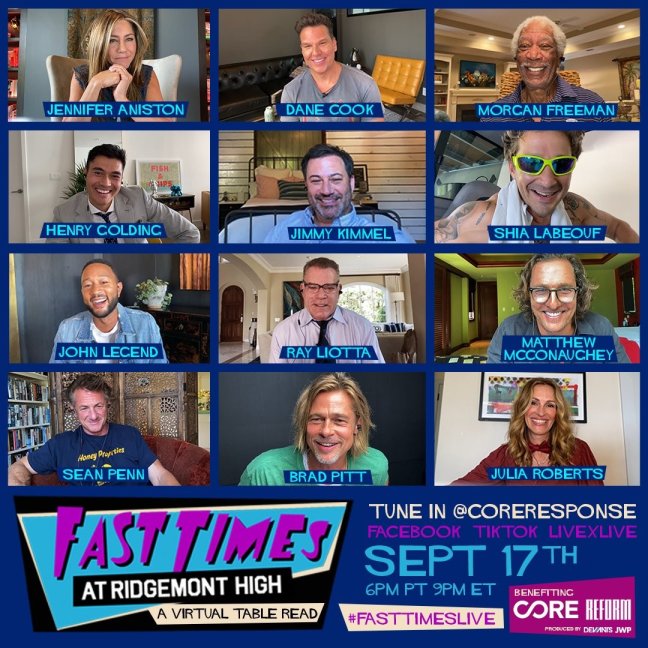 Stars finally gathered for “Fast Times at Ridgemont High” virtual table read. During those pandemic times, virtual table reads became more often and popular around the web but rarely these many stars gathered together. Is this Sean Penn’s influence? Who knows.

It actually would be interesting if more of the original members of the hit cult film would reunite (other than Penn) such as Jennifer Jason Leigh for some fans but seeing stars like Brad Pitt, Jennifer Aniston, Matthew McConaughey, Ray Liotta, and Morgan Freeman coming together was a treat for movies.

If one thing pandemic proved that many things are possible through the internet, Filmiere.com reports. While most of the news outlets were more interested in real-life ex-couple Brad Pitt and Jennifer Aniston’s chemistry together, you can just enjoy all these talented people re-reading all those memorable lines, originally written by Cameron Crowe and directed by Amy Heckerling back in the 80s. Some films just never get old.