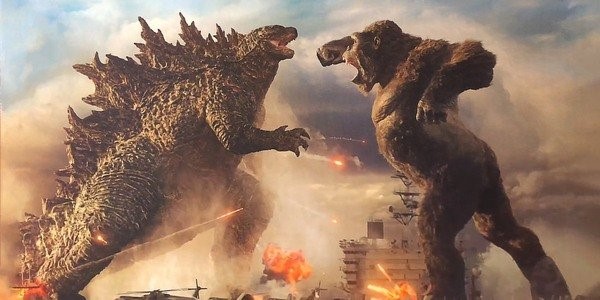 This isn’t the first time these two beasts have come to blows on the big screen Godzilla vs. Kong.

Godzilla and King Kong colliding in a fight for the ages. However, in 1962 Japanese movie King Kong vs. Godzilla, shows a particular story that ends regarding who was victorious, but it was later clarified that King Kong was the victor.

Godzilla vs. Kong director Adam Wingard has promised that the fourth Monster Verse entry will have a clear-cut winner, so what are the odds Godzilla beats Kong this time around?

Two months to go until Godzilla vs. Kong arrives in theatres and on HBO Max, it looks like the odds are more in King Kong’s favor than Godzilla’s. Over at DraftKings Nation, Kong is the odds favorite with a -220 ranking, whereas Godzilla is the underdog with a +190 ranking.

So, all oddsmakers see it, King Kong stands the better chance of winning over his opponent. It’s all clear when they both creature ramp on the big screen.

Godzilla vs. Kong will rampage in both theatres and on HBO Max starting March 31.