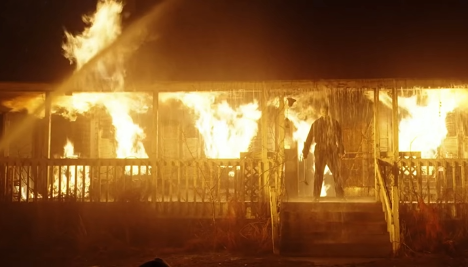 We’ll get to see “Happy Halloween, Michael” but not this year. While the fans will be happy to learn to that the very effective small teaser is available for the next film of the trilogy reboot of the legendary film, this time called “Halloween Kills”, the film itself is unfortunately postponed to October 2021 due to the COVID-19 pandemic, filmiere.com reports. John Carpenter himself tweeted about it and his statement goes: “If we release it in October of this year as planned, we have to face the reality that the film would be consumed in a compromised theatrical experience.

After weighing our options, we have chosen to push the film’s theatrical release by one year.” Very understandable. Better late than never, hopefully, “Halloween Kills” will be worth the wait. The film will now get both a traditional and IMAX release. Carpenter also noted that he and David Gordon Green also started to work the last part of the new trilogy called “Halloween Ends”.  Jamie Lee Curtis also reacted to the news, says she’s also disappointed as much as the fans but the film is “powerful” and will be “worth the wait”.