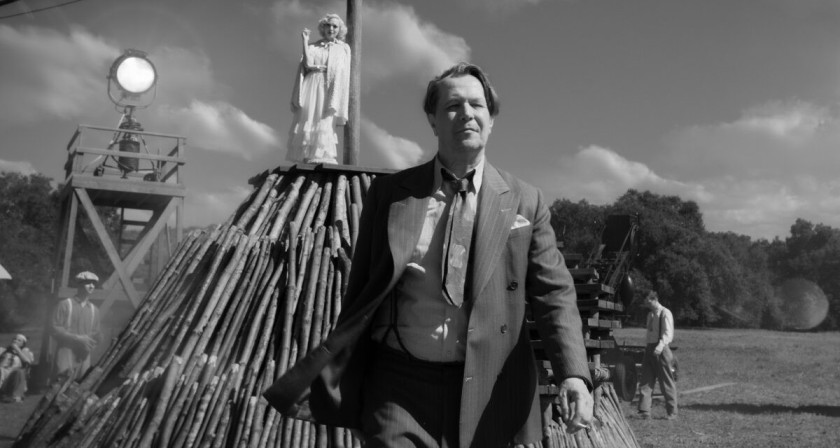 Filmiere.com was unsure of the fact that if “Mank” will still keep getting released in October or not since not much left but we didn’t have a trailer or poster or anything but the good news is here; now the stills are out. One of the most anticipated films of the year; “Mank” tells the story of Citizen Kane co-writer Herman J. Mankiewicz

(Gary Oldman) on his tumultuous path to developing one of the greatest cinematic masterpieces of all time. Actor Tom Burke will portray Orson Welles. The film will follow Mankiewicz as he attempts to hand off the Citizen Kane screenplay to Welles.

This is a tricky subject, because it may echo Pauline Kael’s “Raising Kane” article which was heavily criticized and damaged Welles’ reputation. Orson’s fans, film historians, critics, and people like Peter Bogdanovich can easily attack the movie no matter how well it is executed.

But Fincher is a smart guy, he probably knows what to do and those stills look great enough – certainly a contender for cinematography Oscar. Amanda Seyfried and Lily Collins are also in the cast, with some rumors are circling around the net claiming that Seyfried can get a Best Supporting Actress to push for her portrayal of Marion Davies.

Davies was portrayed previously by Kirsten Dunst to a great degree in “The Cat’s Meow” (2001) but she didn’t have a Netflix campaign. Probably the trailer is soon.