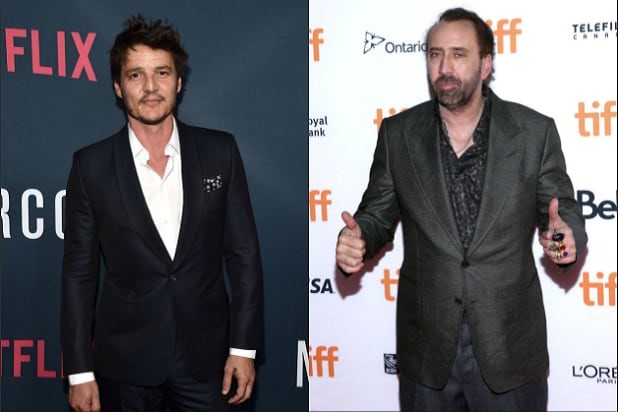 Pedro Pascal is in talks to join Nicolas Cage in “The Unbearable Weight of Massive Talent” at Lionsgate, to play Cage’s superfan. It was reported last year that this “meta’ film is in production where Nicolas Cage plays a fictionalized version of himself and is going to re-create some of the iconic moments of his career.

It seems to be a tribute to his career and also a comedy around his internet popularity.  Even though the director hasn’t done anything acclaimed, the theme will be enough to bring audiences to the film. In the movie Cage plays a character who is desperate to get a role in a new Quentin Tarantino movie.

While also dealing with a strained relationship with his teenage daughter. He also occasionally talks to an egotistical 1990s version of himself who rides him for making too many crappy movies and for not being a star anymore.

Filmiere.com reports that the film will go into production in this fall and Pascal Mexican billionaire who happens to be a fan of the actor’s work and secretly hopes to show him a script on which he’s been working.

While he bonds with the man, Cage is informed by the CIA that the billionaire is actually a drug cartel kingpin who has kidnapped the daughter of a Mexican presidential nominee, and Cage is subsequently recruited by the U.S. government to get intelligence.