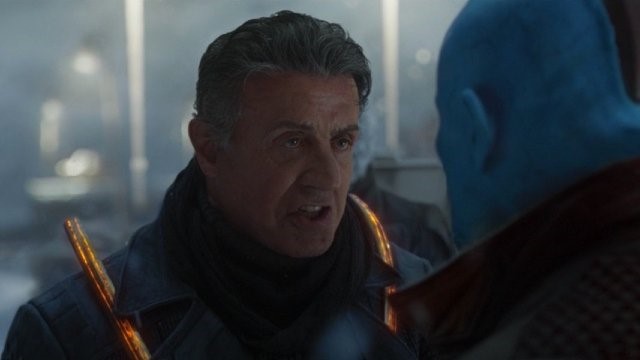 You may remember the saga; James Gunn was somewhat fired from Marvel world for his tweets, then DC hired him for “Suicide Squad”, then he got hired back at Marvel. So he has two expected hits for comic movie universe giants right now.

As fans of those who remember, action movie icon Sylvester Stallone has appeared in a brief and unexpected cameo in “Guardians of the Galaxy”. It was long rumored that he’ll be back in some form. Instead, he’ll appear in “Suicide Squad”.

Gunn himself took to Instagram on Saturday to make the announcement, writing opposite a selfie of him and Stallone: “Always love working with my friend @officialslystallone & our work today on #TheSuicideSquad was no exception.

Despite Sly being an iconic movie star, most people still don’t have any idea what an amazing actor this guy is.” When a fan asked in the comments if this means Stallone is involved with the film, Gunn replied, “Yep.”

Gunn previously said that filming had ended in February, so it’s probably a cameo role for Stallone but who knows, it might be bigger considering how he talks about his acting talent. Filmiere.com will keep sharing the news on superheroes movies.