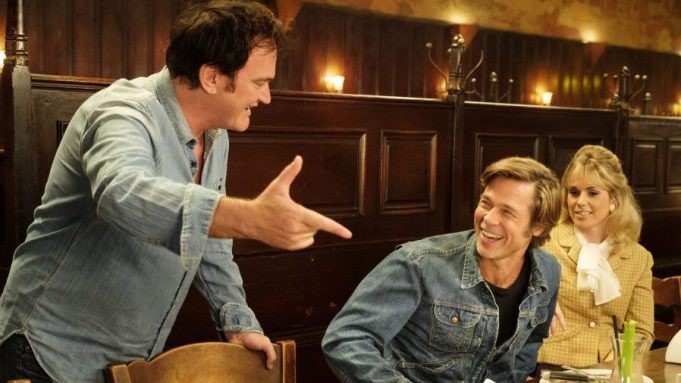 Quentin Tarantino, as his idol Peter Bogdanovich used to call him, is probably the “single most influential director of his generation.” He’s been a huge name in cinema since ever his breakthroughs with “Reservoir Dogs” and “Pulp Fiction”.

Tarantino is also one of the few directors whose name is recognizable enough to attract general audiences into theatres. As a man who’s established a  huge fan base, one can safely that there’ll be a lot of people who’ll read his books.

He has signed a two-book deal with Harper, the HarperCollins imprint. First up is Tarantino’s first work of fiction, Once Upon A Time In Hollywood, a novel to be published next summer that breathes new life into the characters and the premise of a film that got 10 Oscar nominations including a Best Supporting Actor Oscar Win for Brad Pitt.

The fans of the movie can expect a deep exploration of the characters whom Tarantino obviously loves deeply. The second book is non-fiction, “Cinema Speculation” which will be essays and articles about the 1970s “New Hollywood”.

If you check out his theatre New Beverly Cinema site, you can already catch up with some of his film criticisms, reports Filmiere.com.

That includes essays on some of his favorite films like “The Yakuza” or opinions on some of his idols like Don Siegel and Bogdanovich, whose film “Targets” have had an influence on “Once Upon a Time in Hollywood”. Both books are probably some of the most anticipated books of cinephiles right now.