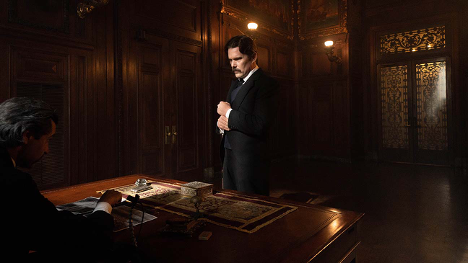 Nikola Tesla has been only getting more popular over the last few decades, not only by science geeks but among the general population as well. Now you probably already know why he’s so beloved and that’s no surprise that he got more approaches in popular culture recently, including getting portrayed by David Bowie and Nicholas Hoult. Michael Almereyda, a director who’s known for making divisive films, has made a film about Tesla which has a modern setting.

Even Tesla sings karaoke at one scene and he cast Ethan Hawke in the lead role. The film got good reviews at the Sundance Film Festival. There had been no news about it until recently. Now the film is going to get released on VOD in August but because of Tesla’s birthday, as a present, we got the trailer to the film. Filmiere.com now happily reports that the trailer is now available everywhere to watch on the web and it’s a good one. Certainly worth to wait.