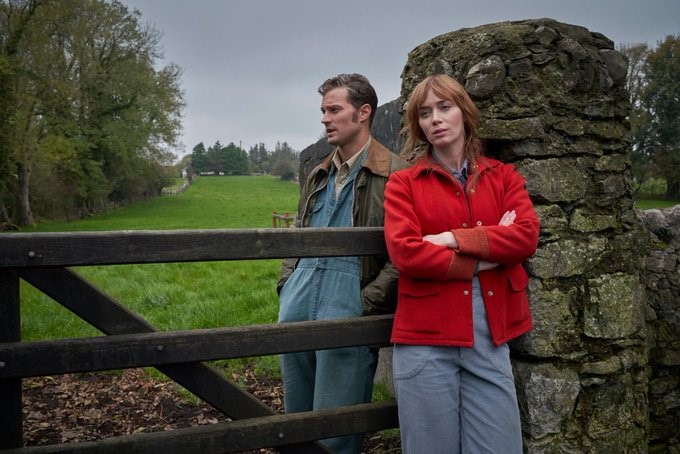 “Anthony always seems to be out in the fields working, worn down by his father’s constant belittling. But what really stings is his father’s threat to bequeath the family farm to his American cousin Adam.

Rosemary at first seems to hold a grudge for having been shamed by Anthony in childhood, but the sparks between them would keep a bonfire blazing through the night.”

That’s the official synopsis for the film “Wild Mountain Thyme”, from writer/director John Patrick Shanley who previously had Oscar success with “Moonstruck” and “Doubt”. While the plot sounds more like a drama on family conflicts, it seems more like a sweet romance film from the trailer.

The cast includes Emily Blunt, Jamie Dornan, Jon Hamm, and Christopher Walken among others. It is scheduled to be released on December 11, 2020, by Bleecker Street on theatres and video-on-demand.

The response to the trailer is mostly positive, with viewers saying it is a warm, feel-good movie type but Filmiere.com recommends you to check it for yourself.

The most negative response has come from Irish audiences who kept complaining about the inaccuracy of the accents. However, it probably won’t be much of a distraction for international audiences.